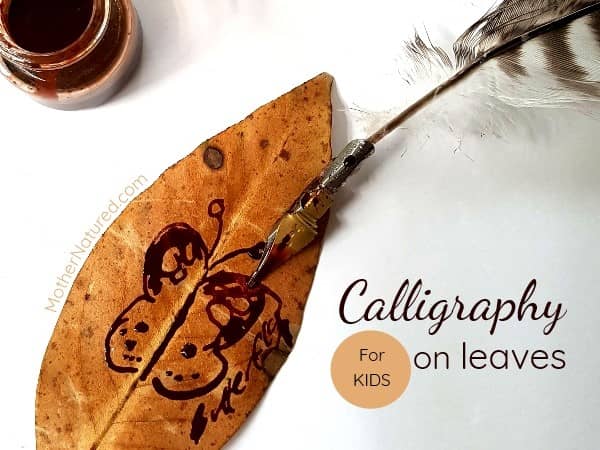 While at the shops, on a whim, I bought some calligraphy pen nibs.  I knew what I wanted to make – calligraphy feather pens, or homemade quills – but for some reason I was worried it wouldn’t work. So, they sat in my craft box for well over six months.

I finally did get around to making them this week and it was so much easier than I had anticipated. It took me, literally, five minutes!

I made the homemade quills and set up an invitation to play while the girls were doing some very busy work – jumping on the trampoline – and I knew that they would eventually stumble upon the little nature play-space I’d created for them.

They were absolutely thrilled when they saw the set-up and ooooos and ahhhhs floated in from the window, which brought me my own selfish delights. That’s when I snuck outside to get some photos and take some footage of them playing. A blogger can’t help herself!

They really enjoyed exploring the different types of calligraphy heads and leaves were a fun medium to try it on. It made it just a little more magical.

If you’d like to make your own quills and set up your own invitation to play, here’s how:

Here’s how to set it up 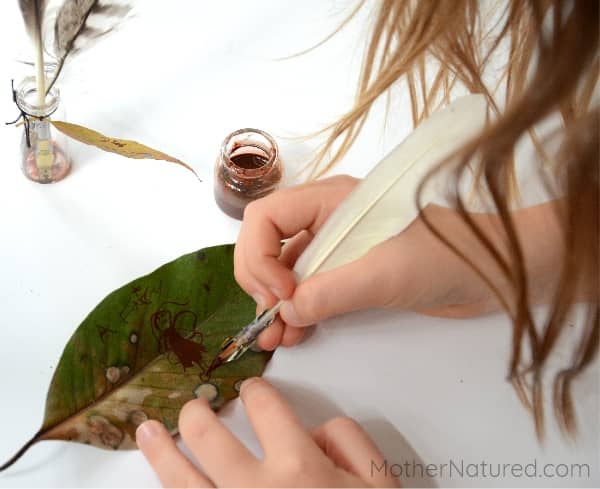 They will have so much fun testing the calligraphy feather pens by writing, dabbing, drawing and painting on the leaves to make their creations. 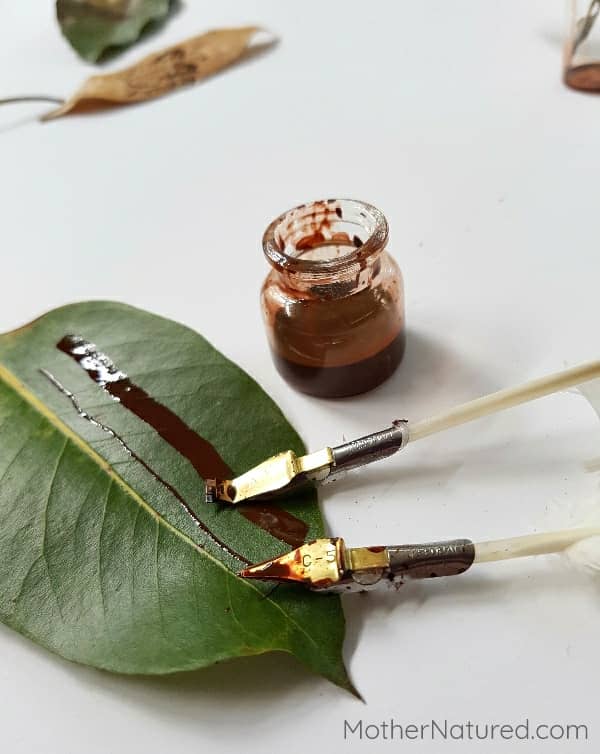 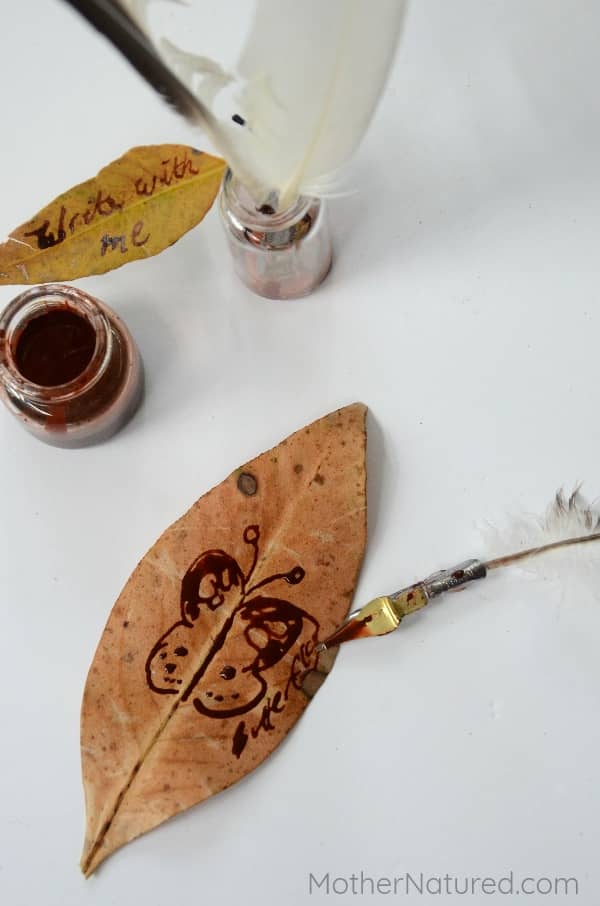 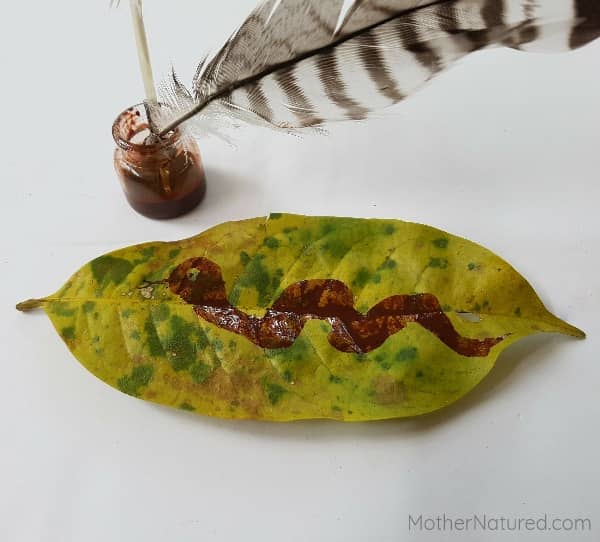 Once they have finished, hang the leaves up on some string for a pretty leaf garland.

Go on, you know you want to make your children their very own homemade quills. They will be delighted!