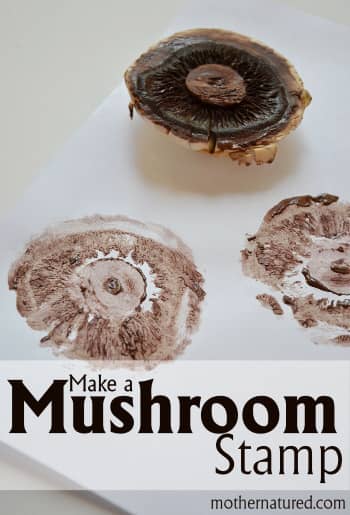 I hate wasting food. So when our mushrooms were just a little too far gone – they had yucky slimy tops –we used them as a mushroom stamp and created beautiful mushroom artworks instead.

The slimy tops of the mushrooms added a fun sensory experience for the kids. They found it so fun and slippery to play with.

I kinda thought it was gross, which is unlike me.

It was unusual to have mushrooms left over but they were certainly beyond their fresh date. I cut the stalks off at the same level as the head of the mushroom and made a mushroom stamp. All I needed now was to set up a quick paint station. 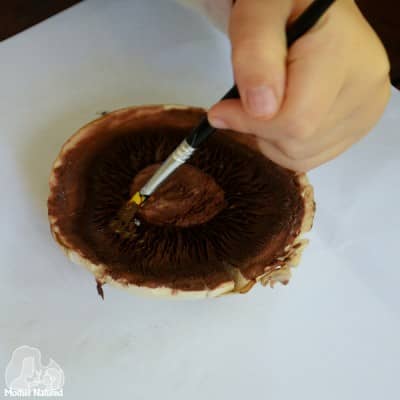 Painting the mushrooms was wonderful to watch. They were very focused while painting and I could see that they were studying each part of the mushroom. It wasn’t a surprise when they started to ask me questions. Luckily,  I had my phone with me so I could answer (thanks to good old google)!

While playing with a mushroom stamp we learnt: 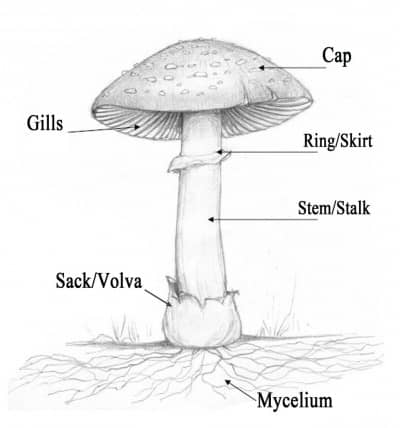 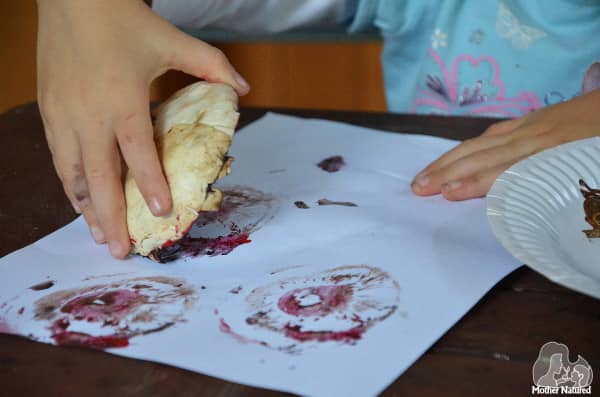 We also tried with our small, older mushrooms. We left the stalks on and cut the head of the mushroom about .5 cm up from the stalk. 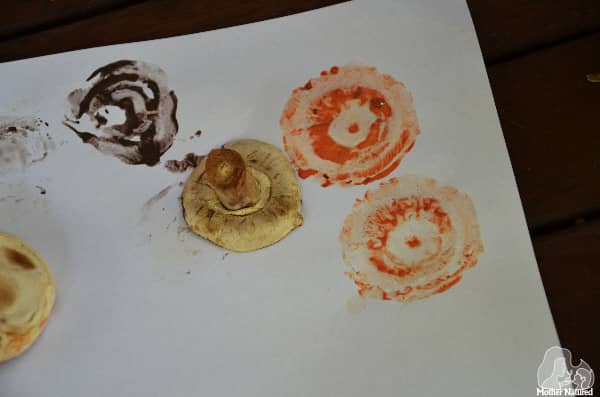 Not only did we enjoy stamping with mushrooms but learning became immersed in play.  I love when that happens!

Have you been playing with items from nature lately?