I have been dying to make another nature crown for the kids and this one, I swear, your kids will absolutely adore.

I followed this gold crown tutorial as best as I could but changed the materials to leaves. If you’re making them with leaves though, it’s best to read my tutorial because it’s slightly different if you’re making it with nature.

It was much easier than I expected and it turned out to be the most glorious fairy crown my daughters has ever seen!

It was so popular I had to make one for each of them! 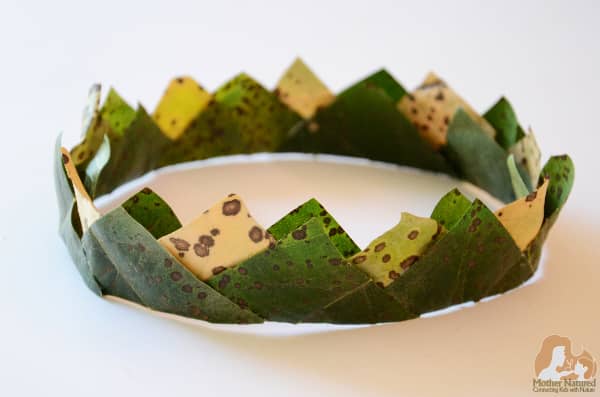 How to make this nature crown 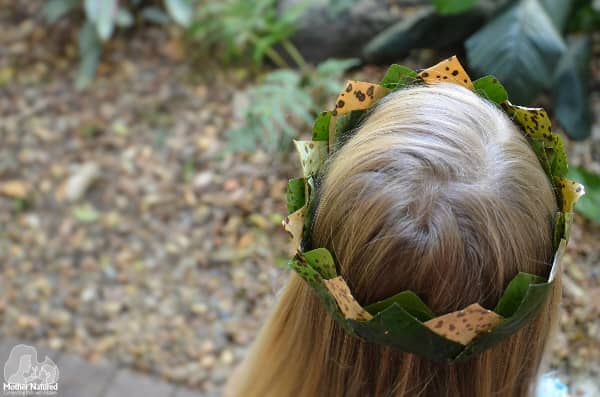 It’s a shame nature doesn’t last forever but nature play does have some fantastic advantages. I think this crown made with nature would perfectly suit your child’s little fairy head.

What have you made with nature lately? You may also like our
Nature Arts and Crafts Pack

This pack will provide hours of fun, learning,
and creativity for you and your children.

– Over 30 nature arts and craft printables
– Printables include an easy how-to instruction sheet
Just add nature to bring the printable to life!

« A nature craft play space your kids will use time and time again
Nature Shelter for kids: how to make lasting memories »