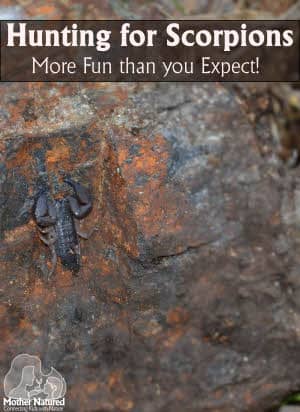 I can almost imagine most of you shuddering when I mention that I went on a search for scorpions with my family this weekend. I’m perfectly aware that this activity may sound a little reckless  but we had the most fantastic time and learnt so much.

All scorpions can sting but your destination in the world is very important. Most scorpions in Australia are quite docile and are not classed as dangerous. If you live in an area that has dangerous scorpions it’s best you do not participate in this activity.

Before you search for  scorpions:

I told my children before we left that none of them would be holding a scorpion. I explained that we would just be finding it, putting it in a container and having a closer look. No one was allowed to touch one under any circumstances. We also reminded the kids about snake safety too.

We went into the bush and started lifting up rocks. Scorpions are a similar colour to rocks and dirt, so you’ll need to have a good look when you turn the rock over. We talked about how the scorpion camouflaged with the rock to help it hide from it’s prey. 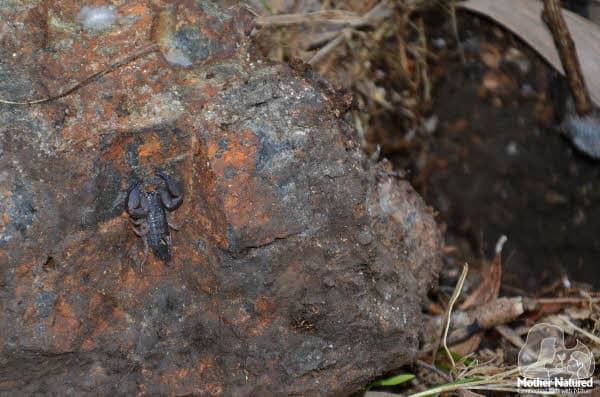 After looking for a while, we found two small and two large rainforest scorpions. 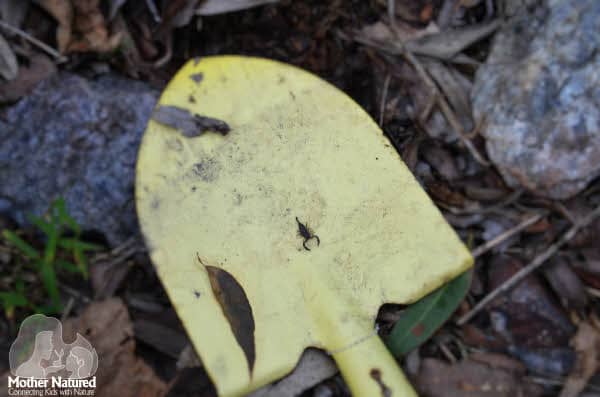 We captured one to have a closer inspection by using a stick to move the scorpion onto the shovel. We gently tipped the scorpion into the container. All the children were being fully supervised.

Scorpion facts we talked about:

Want to learn more about scorpions?

We really did have a lovely day of discovery and learning and we didn’t just find scorpions either, we found ants and spiders too. It really was quite a wildlife nature hunt that day and it’s one we’ll be doing more often.

Would you search for scorpions with your family?

« Playdough and shells: so much fun for little ones
Snake craft using plastic bread clips »