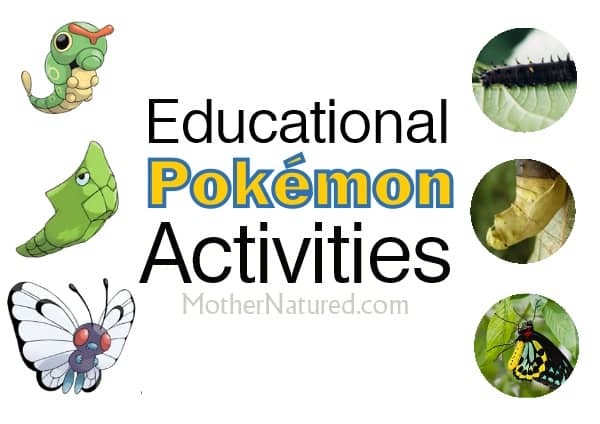 Okay, so I’m openly admitting that I enjoy playing Pokemon Go with my children. I’m not ashamed of it.

In fact in 2012, I admitted I liked Pokemon in a post about children knowing more about Pokemon than real wildlife species.

I still believe education about ‘real’ wildlife is more important and I’m hoping there will be someone in the world who can harness the infectious enthusiasm that the Pokemon TV series, card game and now app has built. Imagine a Pokemon-style game using unique wildlife from around the world!

In the mean time, I’m using the Pokemon craze with my children to my advantage.  I’ve created educational Pokemon activities and many include learning all about their real-world counterparts.

It’s pretty obvious that many Pokemon creatures were inspired by real-world animals. So, we investigated further. It wasn’t hard to look through our favourite world wildlife encyclopedia and find animals that may of inspired the artist’s Pokemon creations. We’ve classified animals before but I wasn’t sure if it was going to work for Pokemon. Well, it did! Pokemon may not be real animals but we pretended like they were new species. We had to fit them in with the categories we use to classify animals today.

We ended up classifying them in four ways:

Animal type: We put the Pokemon into categories of bird, mammal, reptile, insect and crustacean. My girls really had to test their knowledge, both using the visual aids of fur, feathers and skin and their knowledge of the Pokemon.

My eldest daughter was tripped up with Venonat because it looks furry. When I questioned her about what it evolves into (Kakuna and then Venonat, a moth-type Pokemon) she quickly moved it over to the insect category. 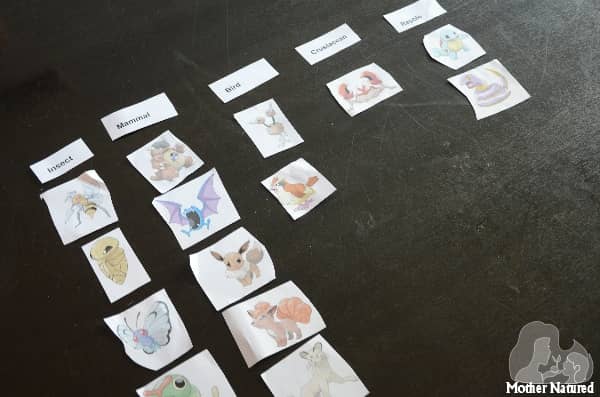 Habitats: You can classify the animals into habitats. Are the Pokemon aquatic, arboreal or terrestrial? 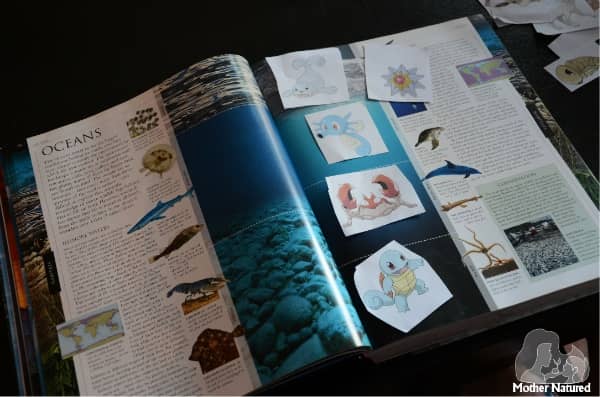 Colour: Perfect for younger children, you can sort Pokemon into colour groups.

Weight: It tells you the weight of each Pokemon on the Pokemon Go app, so yes, you can classify them according to weight too!

Check out all of our Pokemon nature crafts here. We’ve created Jigglypuff, Bellsprout, Bulbasaur, Oddish and even Pikachu! 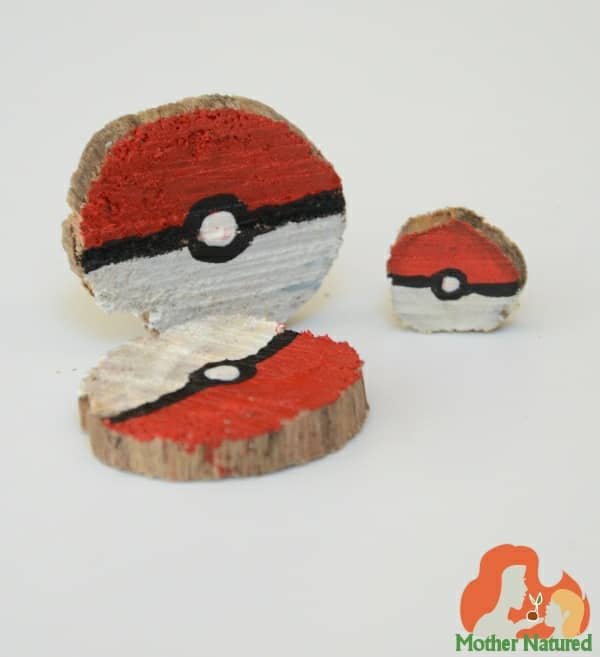 My eldest is a very good writer for eight years old. So,  I set her a task. 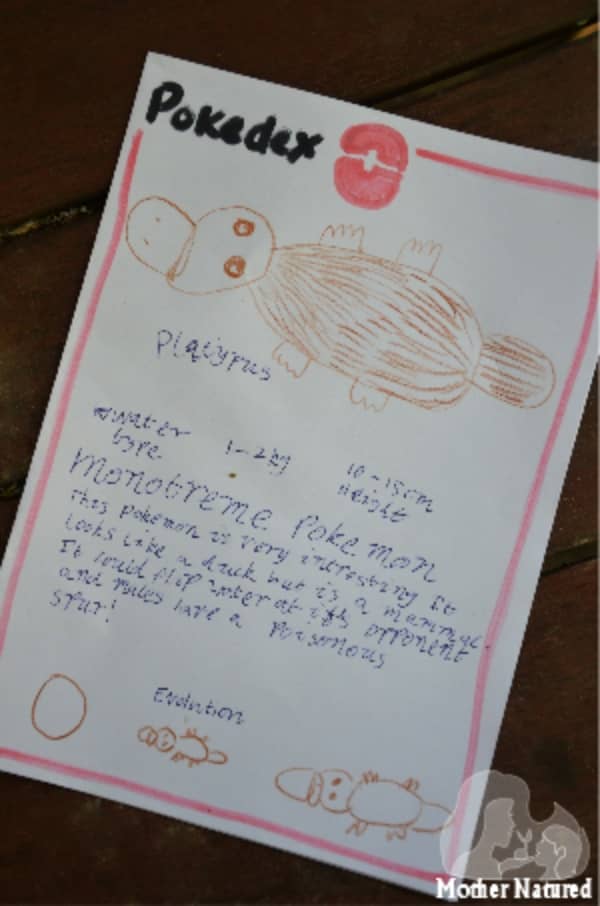 She had to pick two of her favourite real-world animals and write about it in the same style as the descriptions in the Pokedex on the Pokemon Go app.

She couldn’t give them fake abilities, she needed to learn about the animal and use its ‘real’ strengths to pimp-it-up Pokemon style. We decided to make real animal Pokemon cards too.

Catch some real animals on your phone by taking a photo of them and send them to scientists, who’ll identify the animal for you. You may even discover a new species of bug!

For the past few days, players have been tweeting photos of the animals they encounter, hashtagging them #PokeBlitz, a play on “bioblitz,” an event in which people count all the living species in a designated area. Jackson and other scientists and wildlife experts, many of whom already volunteered wildlife identifying services on Twitter, have responded with the critters’ names — or shoutouts for more help. Washington Post, 2016.

Evolving, is a term used in Pokemon Go for when one creature changes into another. We’ve been talking about the real world term, called metamorphosis.

Metamorphosis, is the process of transformation from an immature form to an adult form in two or more distinct stages.

We’ve noticed that most animals don’t evolve like in Pokemon, but some do, and we’ve been investigating those animals. Some Pokemon are very similar to real animals. Take for example, Butterfree (and now I’m showing you how much I know about Pokemon). 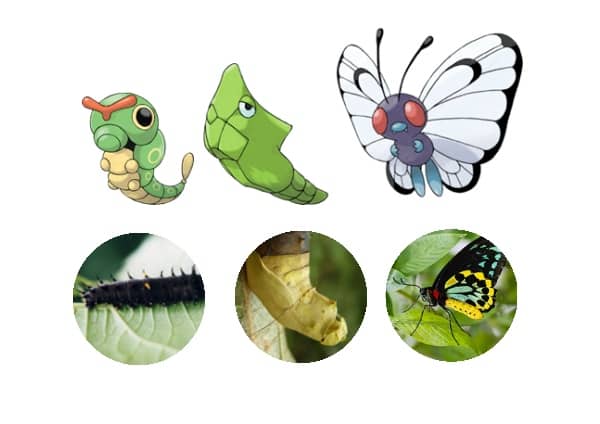 We then talked about caterpillars, cocoons and butterflies.

All other animals that don’t use metamorphosis are simply growing. We did talk about the difference that can be seen in animals when they are juveniles and adults and how Pokemon has used that difference to make all their creatures evolve.

Yep, my children and I do know a lot about Pokemon. *cringe*  But, thankfully, using these aligning educational Pokemon activities has taught my children just as much about real animals too.